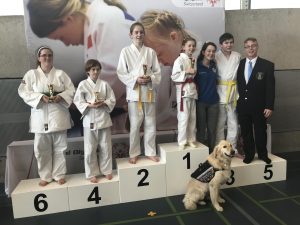 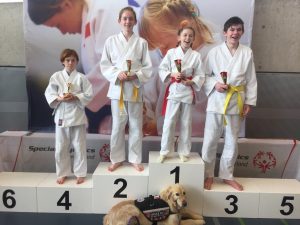 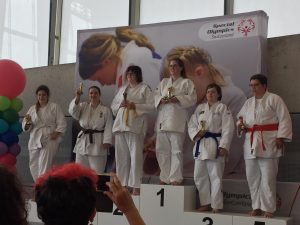 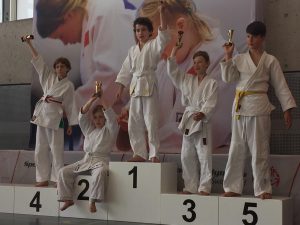 Team Ireland’s medal tally started on the first day of contest with the mixed team event which separated the team members into groups from other countries. This resulted in the first medals being won by Irish players, two silver and two bronze.

Day two saw the individual event get underway with a fantastic opening ceremony with music and dance. First of the Irish players, Libby was in action in a well contested pool. Libby showed her true colours and went all the way to the final and to win Team Irelands first international gold medal.

Next up was Cormac who was in a very tough pool, but held his own against some more experienced players. The result was a very respectful joint third place.

Continuing with the success of the McKenna family, Zack was next to compete on the international stage.  He conducted himself with pride and skill and was rewarded with a place in the final. After a well fought contest, he was narrowly beaten and took a very impressive silver medal.

Last of the McKenna family , Tadhg was in great form and sailed his way to the final only losing out on the gold medal by a single point to his more experienced opponent.

Our final competitor of the day was Caitlin Heffernan from Tipperary. Caitlin was part of the largest pool of the tournament and she knew she would have to be on top form to have any chance of reaching the podium. But top form was what she brought and after many challenging contests made it to the final. A well contested final saw her out maneuverer and out skill her opponent to take Ireland’s second Gold medal.

A fantastic International debut for Team Ireland in this wonderful inclusive event which was bursting with inclusion, friendship, sportsmanship, happiness and judo spirit.

Due to the current Covid 19 pandemic restrictions, our hosting of the European Open SN Games 2020 has been re-scheduled to October 2021.